New research suggests that the Centers for Medicare and Medicaid Services continue to overpay facilities for skilled nursing services provided to beneficiaries. The standard ‘three-day rule’ dictates that for coverage eligibility, patients must stay in a hospital for at least three consecutive days prior to transfer to a skilled nursing facility.

The Office of Inspector General sampled a random group of facilities and extrapolated the results to arrive at a whopping $84 million in estimated overpayment over a three-year period. While the numbers do not surprise healthcare insiders, the headline raises important questions about culpability and the bureaucratic barriers we all face 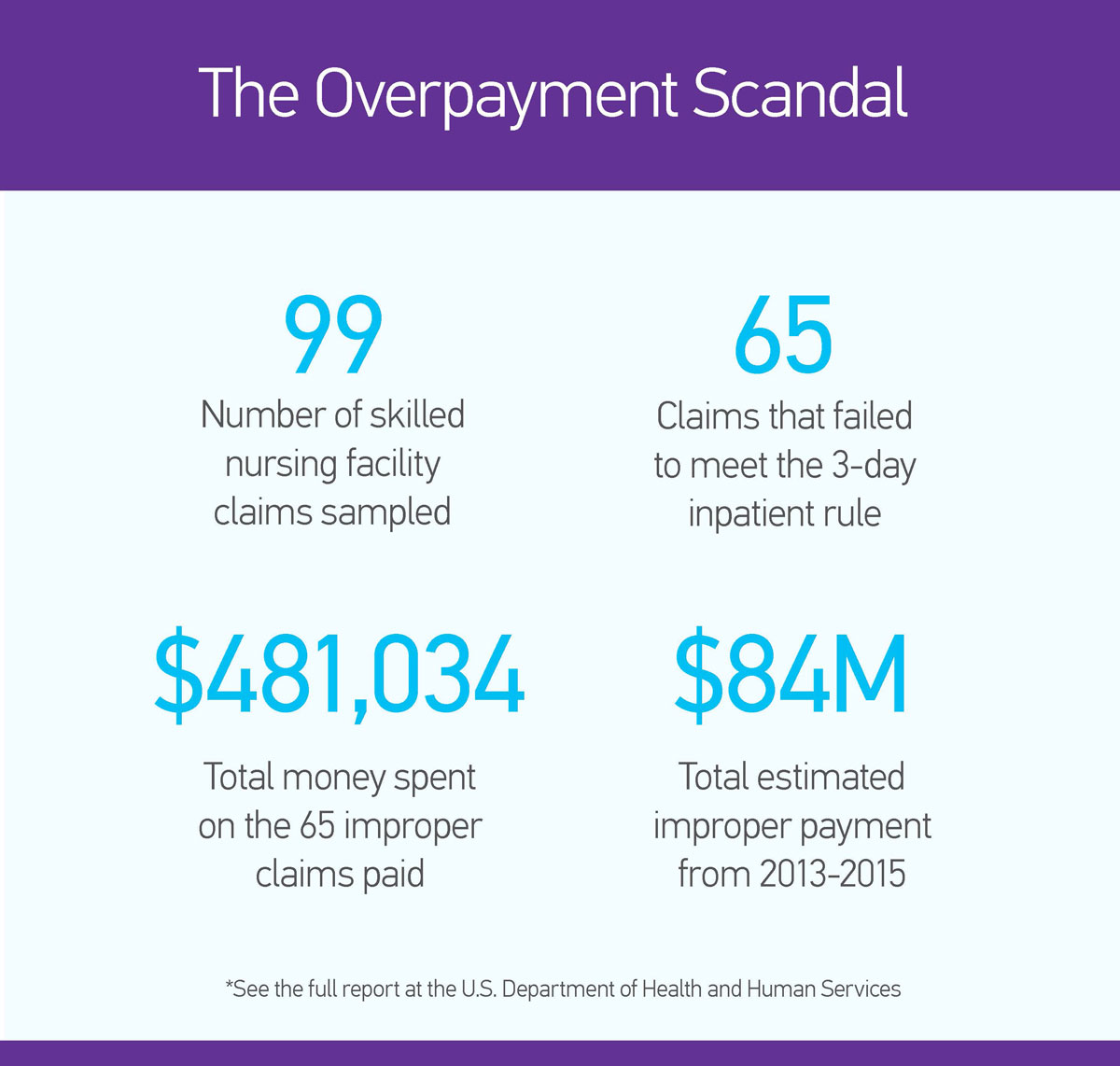 In wake of the study’s findings, the finger-pointing promptly began. Many argue the problem stems from hospitals’ failure to provide accurate information on the patient’s stay. Lack of communication (or incorrect notification) leads to a whole lot of guesswork on the part of partnering facilities, which also results in unexpected financial responsibility for beneficiaries who thought their post-acute care was covered.

Meanwhile, the OIG also criticizes SNFs who have knowingly (and unknowingly) falsified paperwork to meet the three-day rule. This includes combining inpatient and non-inpatient days, as well as fudging the numbers to secure reimbursement. If the beneficiary would have proof of eligibility beforehand, these issues could be avoided. “In addition, because CMS allowed SNF claims to bypass the Common Working File (CMF) qualifying stay edit during our audit period, these SNF claims were not matched with the associated hospital claims that reported inpatient stays of less than 3 days,” says the report.

The Inspector General, LeadingAge reps, and other industry advocates have spoken publicly on the investigation, pointing to issues of poor communication, collaboration and information-sharing among all care parties involved. “We attribute the improper payments to the absence of a coordinated notification mechanism among the hospitals, beneficiaries and SNFs to ensure compliance with the 3-day rule,” the report concludes. “Further, CMS should educate both hospitals and SNFs about verifying and documenting the 3-day inpatient stay relative to supporting a Medicare claim.”

By embracing integration, SpecialtyRx also believes we can break down barriers to quality care. Per usual, enhanced coordination proves to be the universal answer.