The midterm madness is finally over

Leading up to Tuesday, November 6th, America’s political climate was more divisive than ever. Now that the election results are in, LTC community members are putting their bipartisan beliefs aside to assess the greater state of the skilled nursing industry.

In synopsis, the midterm outcome has Republicans retaining control of the Senate with 51 seats. Over in the House of Representatives, Democrats picked up 31 seats to take the majority, effectively balancing Congress’s two major party powers. Aﬅer the vote, Cliﬅon Porter II of the American Health Care Association weighed in: “We’re in a situation where each side is going to keep each other in check, and I think that’s a good thing.” 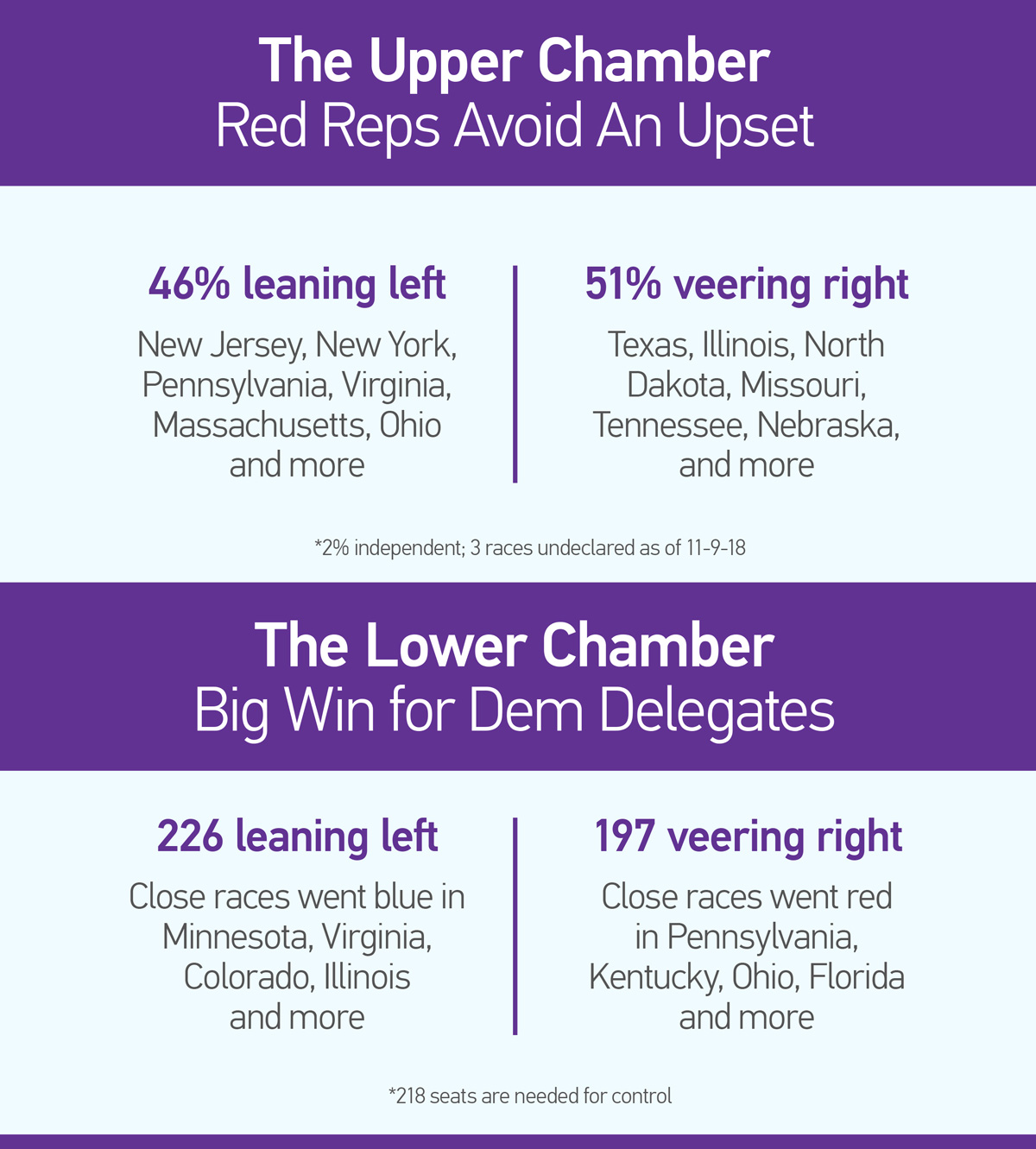 For many Americans, the results provide a glimpse of what’s to come in the much-anticipated 2020 election. But those in healthcare are focusing on more specific issues, including Medicaid funding and long-term care workforce deficits, among other universal industry concerns. Beyond the pseudo state of equilibrium in Congress, key governor races helped Democrats acquire 16 spots, while Republicans took 19.

Historically, leﬅ-leaning reps have strengthened Medicaid spending—despite their support of increased regulation. With the backing of President Trump, right-minded officials have sought to cut ‘handouts,’ but they also embrace a free market model with much less regulation and government intervention. One truth is clear for skilled nursing: bipartisan collaboration is an absolute must when it comes to improving workforce conditions and making quality care access available to patients.

Ultimately, the 2018 mid-term election results are generally positive for skilled nursing. If facilities are to feel any swiﬅ changes to their current situations, it would be dependent on the particular state in which they reside. Furthermore, healthcare ambassadors seem eager to work with ‘fresh meat’ across party lines, educating them about the unique needs of the older adult population and their caretakers.

SpecialtyRx encourages partner to consider the greater implications of the vote. Trump and his Democratic detractors have much bigger fish to fry ahead of the next Presidential election, so let this be a reminder that our greatest advocates come from within.