New York leaders say LTC coverage is possible for all

The catch? A single-payer healthcare model

Introduced by Democratic Assemblyman Richard Gottfried of Manhattan, the New York Health Act “will provide comprehensive universal health coverage for every New Yorker,” according to the campaign’s website. So, the burning question: genius plan – or extremist vision? 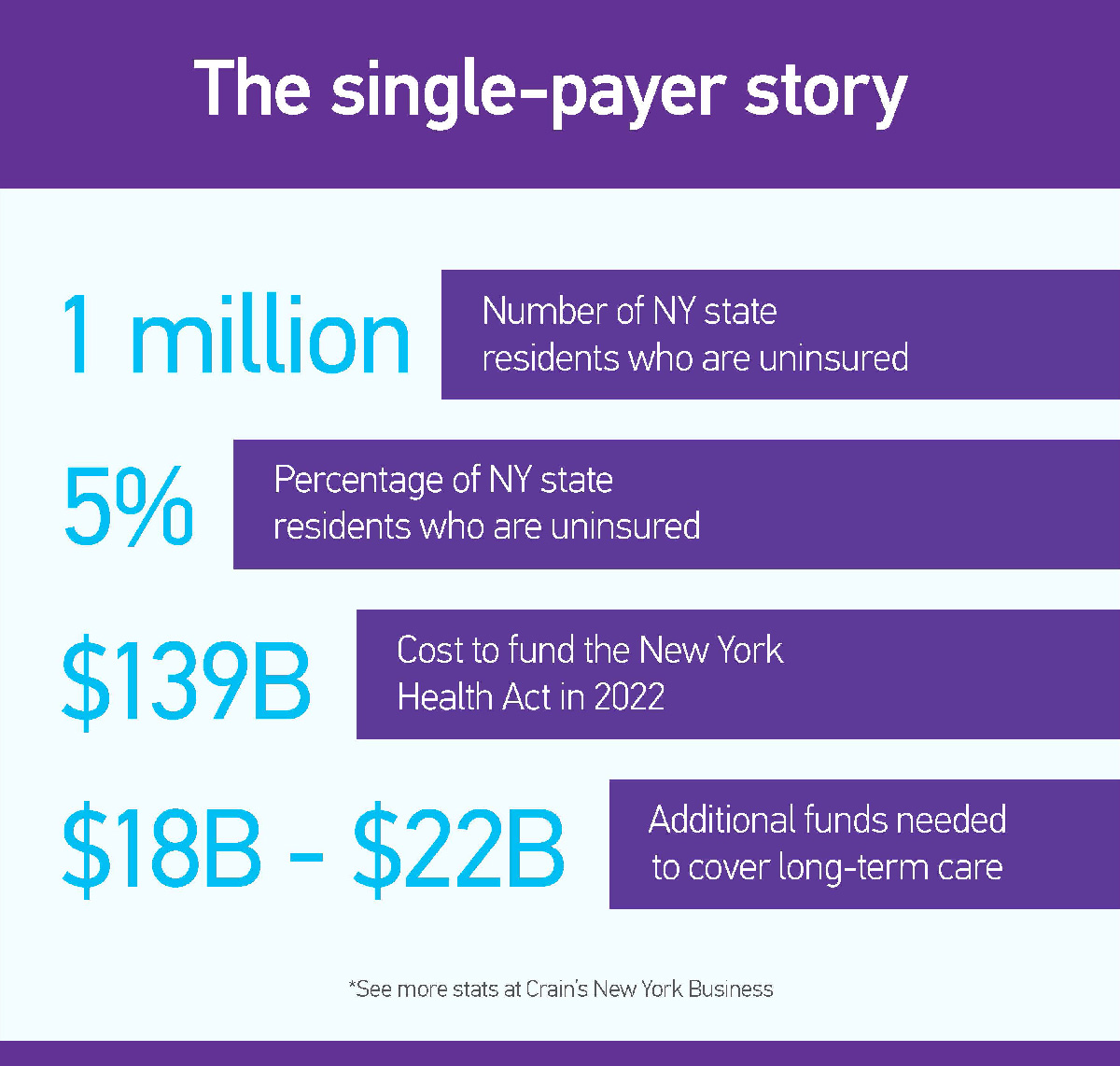 Taking a cue from Canada

As the ultimate pet project for progressive politicians everywhere, the single-payer healthcare system establishes a plan under which everyone receives healthcare regardless of their ability to pay. While participating providers are paid at the same rate, private doctors and facilities still have the option to set their own prices.

Furthermore, advocates say the program will lower costs for prescriptions, medical equipment and services in general. It also promises to empower ‘the people,’ since the public will call the shots (instead of insurance companies). Still, there are plenty of cons to consider. For one, people argue that America already has versions of a single-payer system. They’re called Medicare and Medicaid. And while the program may work in places like Canada or France, the U.S. faces a unique set of challenges, including a scarcity of quality doctors and caregivers.

Under our current free-market system, providers can make a pretty penny maxing out what insurances will allow. Changing over to a flat rate structure will surely slash prices, eliminating monetary incentive and worsening the shortage problem.

People also point out that appointments in overseas countries can be months in the making. And finally—where will the money come from? High taxation in America is already a big point of contention.

In addition to traditional healthcare services, New York’s reintroduced act includes coverage for skilled nursing and long-term care. Critics worry that people would move to the state with the express purpose of exploiting the program. Others commend lawmakers for the comprehensive plan, which they say will eventually save the state as much as $45 billion per year while granting citizens access to medical, prescription, vision, dental, hearing, mental health, nursing homes and beyond.