Congress tries to tackle the issue with stricter staffing laws

Back in late 2018, researchers examined Medicare claims, CMS state inspection data and court records related to nursing home litigation. Their question was simple: Why is sepsis such a pressing issue in America’s long-term care facilities?

While the medical community is well aware of the many causes of this deadly condition, the probe sought to determine exactly why the industry has failed to curb the problem. The investigation shows that lack of direct care—in other words, subpar staffing—is the common denominator. For better understanding, check out the numbers. 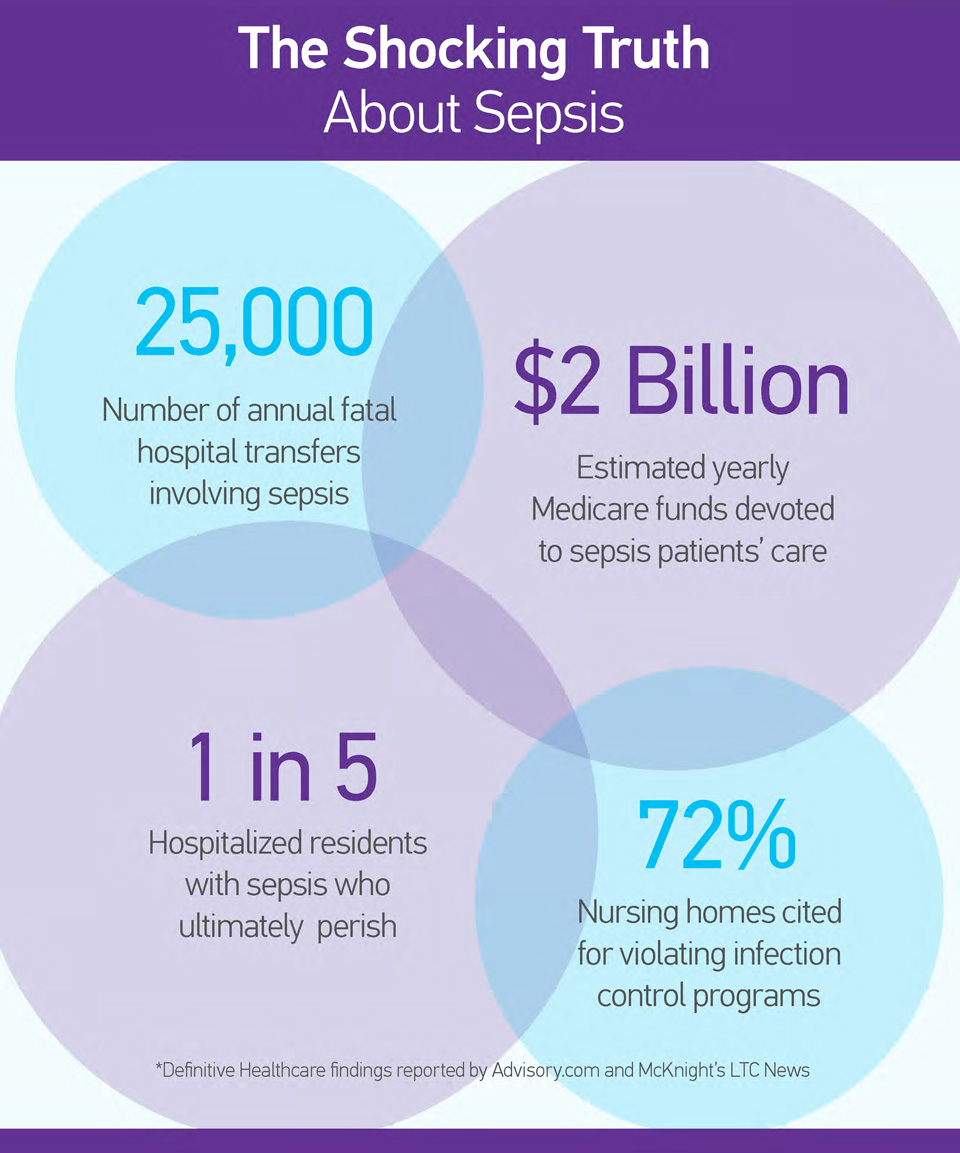 In wake of the study, Senator Jacqueline Collins (D-IL) debuted a new bill that will require facilities to hand over detailed payroll data as a means of tracking the sepsis epidemic. While AARP backs the initiative, others say it’s overkill.

“[The bill] overreaches in regards to penalization. Given the opportunity, the IHCA would have worked with advocates toward addressing issues,” says Matt Hartman of the Illinois Health Care Association.

Hartman mentions the legislation’s recommended fine, which would amount to double the payroll money saved due to facilities’ improper staffing. Violators would also be forced to display a sign—a scarlet letter, of sorts—indicating they were recently (or currently) understaffed.

Meanwhile, others back the bill for its aggressive approach to controlling the sepsis problem. Lori Hendren, AARP director for Illinois, says that such situations of neglect should never happen, especially in a state where the standard of direct care is set so low at 2.5 hours per day per patient.

“People are living these stories, and we recognize that enforcement of the minimum standards of staffing is a step in the right direction.”

Back in 2001, industry experts said nurses should spend a daily minimum of 4.1 hours of direct time with residents. While many states set the bar lower, it’s important to note that the proposed bill does not seek to change the current standards.

Instead, lawmakers hope stricter enforcement could result in better sepsis prevention and stronger outcomes all around. As the fate of the proposed bill unfolds, we encourage facilities to examine their own operational and payroll procedures.